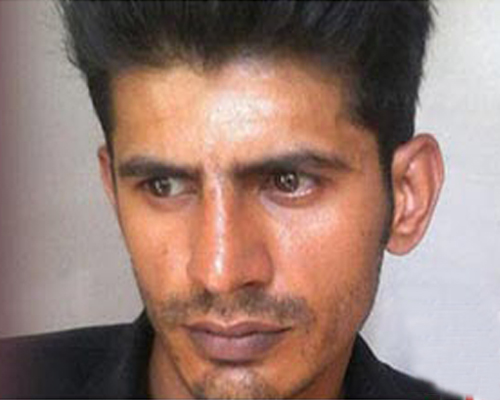 Picture of Culpirt who raped his real niece in Mirpur City

A College Student allegedly raped and got Pregnant by her real Uncle in Mirpur District of Azad Kashmir.

According to details, Victim Girl who lives in Sector F-1 of Mirpur City was molested by her uncle Anjum Abbas who lives in nearby sector F-4. Anjum Abbas repeatedly blackmailed her and raped her for several times.

Victim girl kept silence and did not share this illicit relationship to anyone at her home. The incident was highlighted to family after victim developed complications related to pregnancy. Then girl spoke up and told her family how her real uncle Anjum Abbas sexually abused her.

Anjum Abbas was found guilty of sexually assaulting and allegedly raped his teenage niece in Sector F-1 Mirpur at her house within the jurisdiction of the Thothal police station.

Victims family demanded Chief Justice of Azad Kashmir to take serious action against the culprit who ruin their daughter’s life.

Anjum Abbas who is the real Uncle of girl lives near to her home and raped her whenever he found her alone at home or whenever he get a chance.