Pakistan Muslim League Nawaz (PMLN) Azad Kashmir has nominated its candidates for 38 constituencies of Azad Jammu Kashmir legislative assembly for Upcoming General Elections 2016, as the election campaign has been affectionately started in these constituencies.

The following candidates are finalized by PMLN leadership however Leadership will conduct a meeting to officially announced. 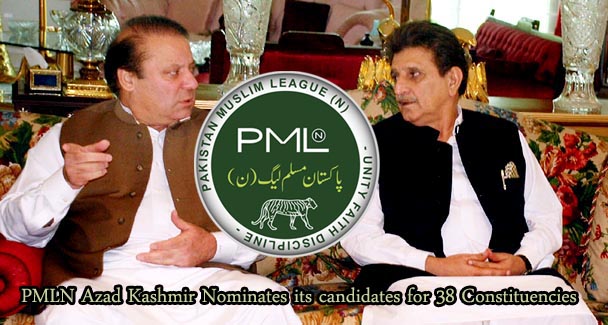